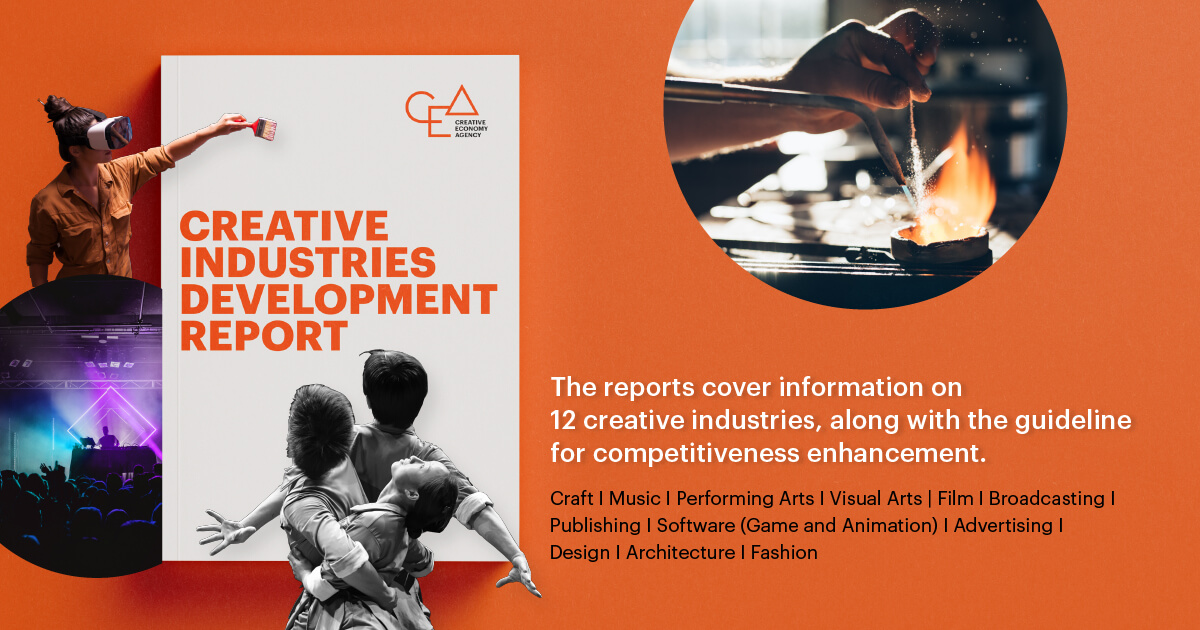 Creative Economy has become an alternative in economic development which many countries around the globe have applied it as the primary mechanism for development. The concept is about integrating cultural assets, technology and innovation, and creativity to create an identity for each country to become widely accepted.

As a result, various industrial groups must be prepared and adapted for the “creative economy” with the ecosystem called "creative industries,” and in Thailand, there are 15 branches of creative industries. As the primary agency responsible for supporting and enhancing the potential of Thailand’s creative economy, and pushing the creative industries as the mechanism for the “New Engines of Growth” in advancing the economic competitiveness of the country, Creative Economy Agency (Public Organization) or CEA has conducted the Creative Industries Development Report that covers 12 branches of creative industries as for being the guideline in the development of the competitiveness and the presence in the global arena. The report was conducted between 2019-2022.

The trend forecast of the 12 branches of creative industries

CEA has conducted the reports of 12 branches for the development of creativity and serve as the platform for data collection and analysis to create incentives and systematically stimulate the upgrading of human resources in the ecosystem for the success of the business and operators in each branch of the industries. It will also properly and potentially aid in creating a network of creative industries in the ecosystem throughout the value chain.

This group of creativity is based on cultural assets and local wisdom which includes 4 branches. The report of these branches is considered the first time the data of creative industries have been collected, along with the guidelines for the development.

The music industry has the highest growth rate among the others whereas the performing arts industry has a “strong” business potential and an average 90% chance of surviving. The visual arts see a  positive growth rate and the proportion of workers in the craft industry is the biggest; with proper support, this branch can help increase economic growth.

Creative Industries Development Report 2019: Craft
“…the proportion of creative workers in the branch is the biggest, accounting for 37.56% of all creative workers in Thailand, even if the growth of craft tends to decline constantly since 2017. This shows that the appropriate support and elevation of potential may potentially accelerate economic growth…”

Creative Industries Development Report 2020: Visual Arts
“...over 95% of the operators in the visual arts industry are small enterprises, still generated over 23,000 million baht or 1.58% of the entire creative economy. Between 2014-2018, it was found that the economic value of the visual arts industry tends to grow in a good direction, especially in 2018 with a significantly higher growth rate, compared to the average of all 15 creative industries…”

This group of creative industries is based on the integration of creativity in the production of media or content, including 4 branches. This group has significant economic growth factors. The rising star industry is software (game and animation). It generated 30 billion baht or the 20th among other countries and the number of people playing online games in Thailand in 2020 ranked 21st in the world. The major markets for exportation are China, India, Japan, South Korea, Taiwan, Hong Kong, North America, and Europe. However, the film industry needs to be closely monitored and promptly recovered from the loss. The broadcasting industry is still reliant on other creative industries and the publishing industry is facing a recession due to the disruptive technology for digital age transformation.

Creative Industries Development Report 2021: Film
“…the covid-19 pandemic has struck the economy around the world and it directly affects the film industry, especially in Thailand. As a result, the movie theater groups and film productions in the film industry are one the industries to be closely monitored, and must be promptly recovered from a net loss of more than 1.44 billion baht…”

Creative Industries Development Report 2021: Publishing
“…due to the study in 2012, the publishing industry sees an obvious decline as both foreign and domestic new trends of media consumption influenced. The trends were also shifted by the disruptive technology for digital age transformation. It directly affects the business in this industry…”

The group of creative services consists of 3 branches. The advertising industry has direct and indirect influences on consumers’ behaviors and is an essential mechanism in Thailand’s creative economy. Architecture is another rising star with an income that is over 30 billion baht in 2021 and expected to reach 5.8% in the average annual increased revenue, whereas the design assists in value-adding for various industries fashion, products, etc.

Creative Industries Development Report 2022: Advertising
“…the advertising industry is closely related to Thailand’s economy and society and it effectively helps add value to the products and services. It also plays an important role in shaping and lifting society. Moreover, there are around 50,000 workers in the industry and the total income is at around 10 billion baht in 2021. So, the industry is considered important to advancing Thailand’s creative economy…”

Creative Industries Development Report 2022: Design
“…there are around 20,000 workers in Thailand’s design industry and the total income of businesses in this industry is almost 2 billion baht in 2021. This industry also relates and helps add value to other industries such as packaging design and manufacturing, architecture, as well as the products and services…”

This group is based on product development with creativity. The single industry that is in this group is the fashion industry. It has a high potential for growth. In 2021, it had a total value of 220 billion baht and generated 400 billion baht of income. 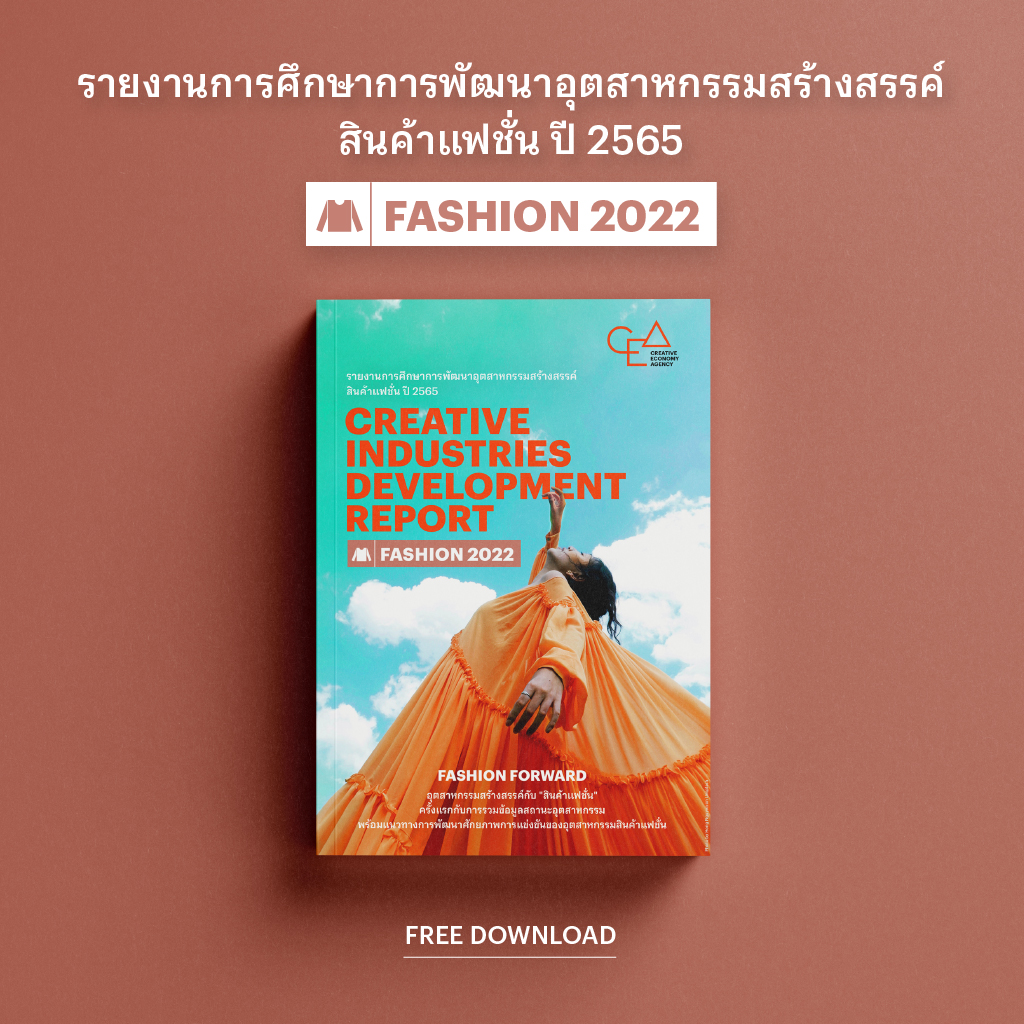 Creative Industries Development Report 2022: Fashion
“…in 2021, the fashion industry employs around 750,000 people and has a total value of 220 billion baht, and 400 billion baht of income. This industry is related to many industries such as the clothing industry, leather, jewelry and gem, retail design, advertising, and more…”

CEA believes that the creative industries development reports of 12 branches will benefit all entrepreneurs and personnel in the creative industries, as well as the related business with the information that can be utilized to extend competitiveness, create economic and social value and sustainably support the growth engine of Thailand’s economy. 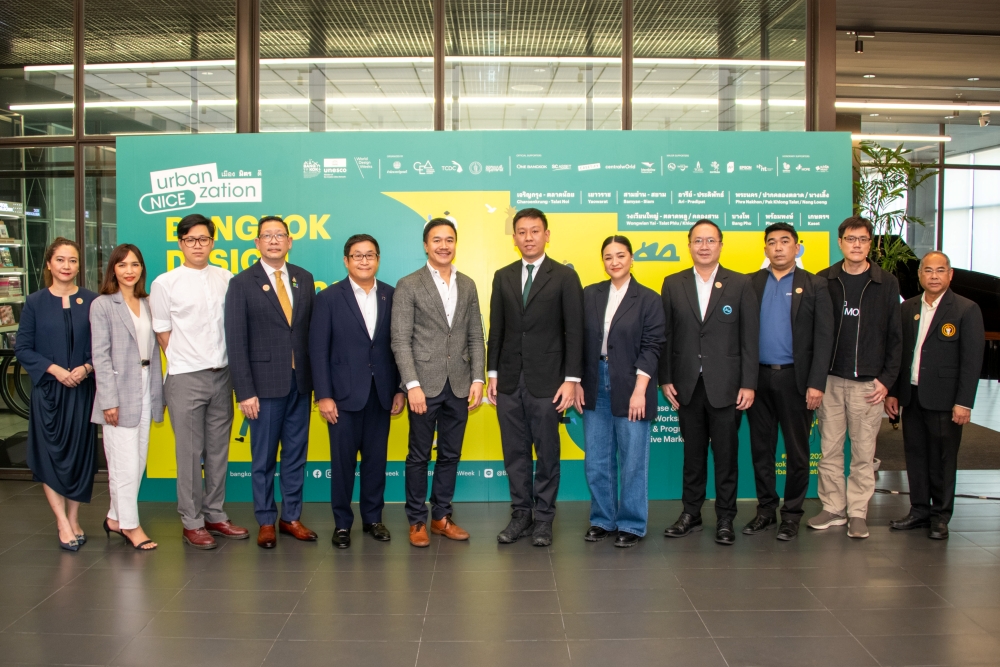 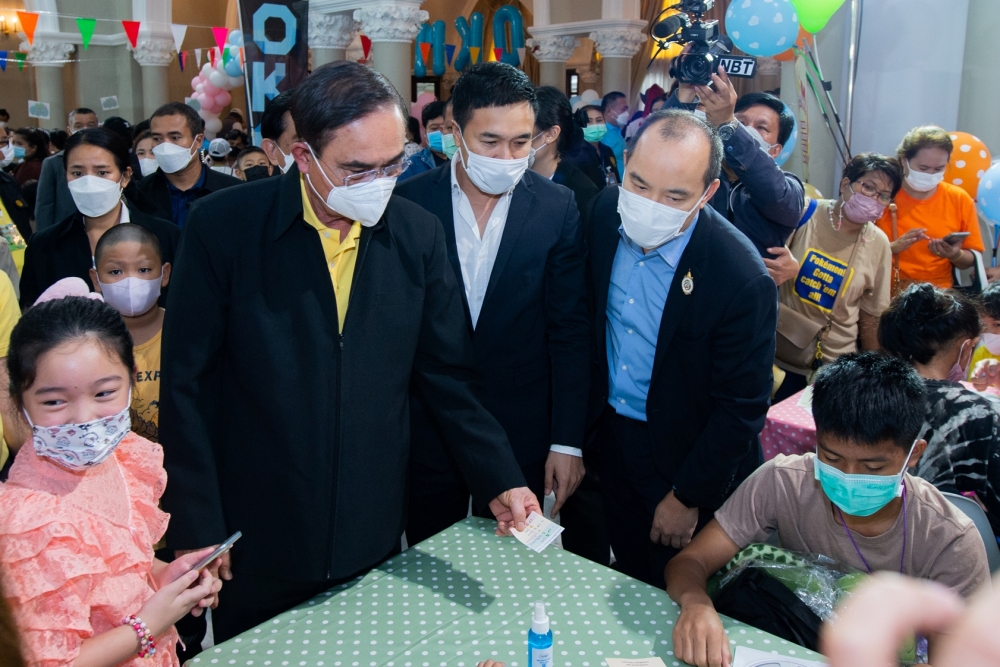 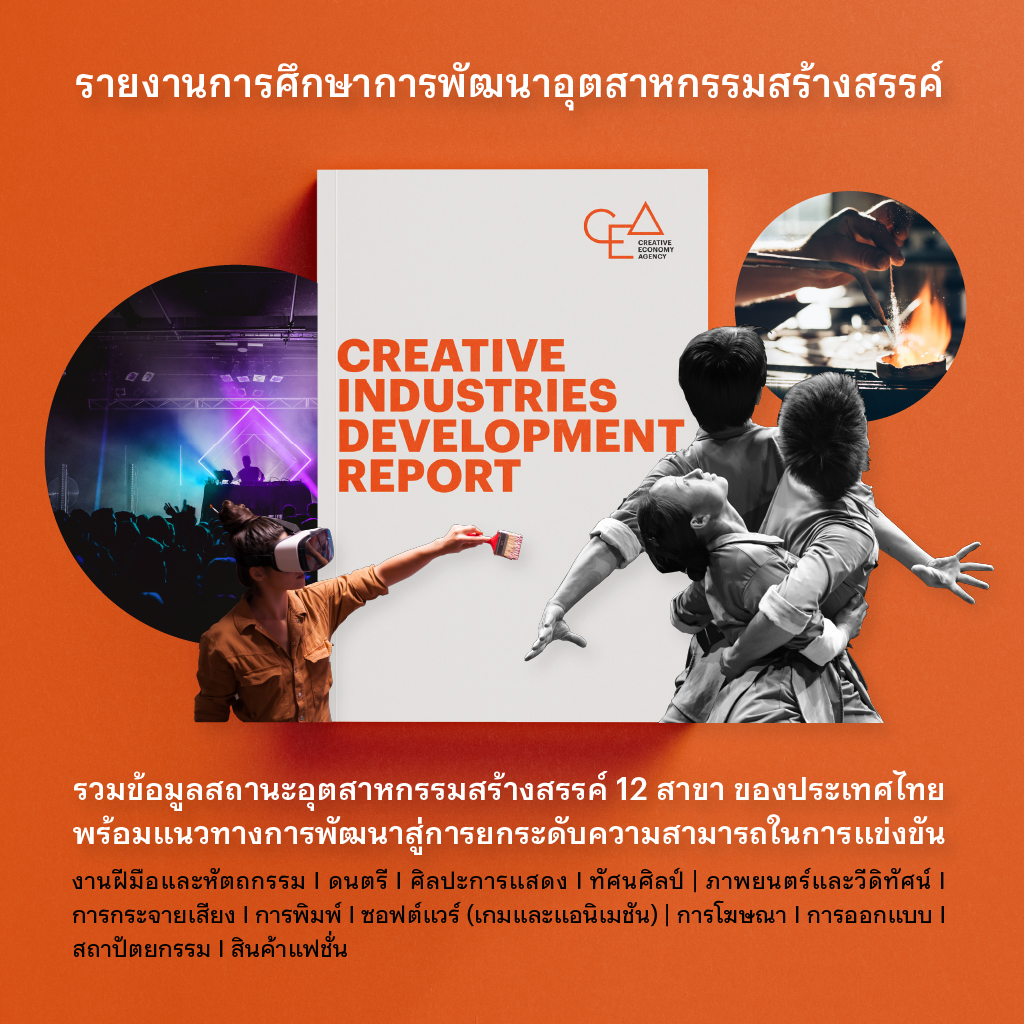